A Monster of Malaise: The 1974 Cougar XR7 Had A 460, Suspension Made Of Jello, and Body Roll For Days 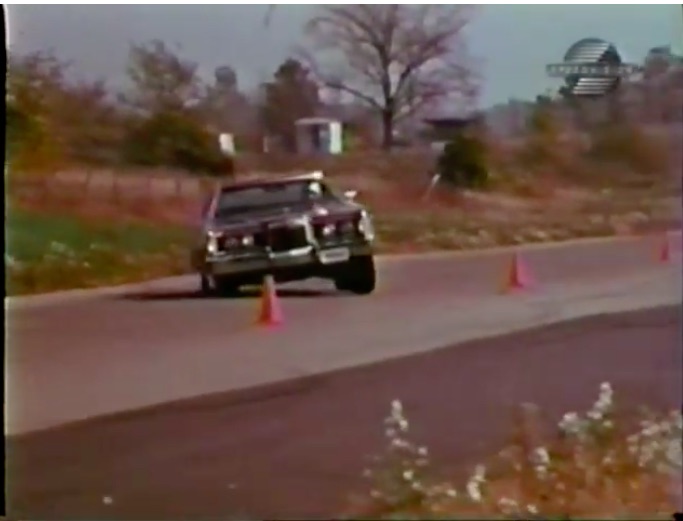 The 1975 Cougar XR7 was not a good car. This big block powered behemoth did not accelerate well, did not turn well, did not stop well, and the interior looked like it was stolen from a cheap whore house. The 1974 Mercury XR7 was the epitome of why the US auto industry got its ass handed to it in the 1970s. Even the always complimentary Budd Lindemann seems to be struggling for the words to describe this barge. But here’s the thing…we kind of think that the car is a little bit cool.

For whatever reason this thing has a couple of appealing lines that seem as though they would really look radical with a larger wheel and tire, a more aggressive stance, and some legitimate horsepower. As the factory situation stood, the car was like an elephant on roller skates with its massive iron big block, steel girth, and tiny wheel and tire package. Seeing this monstrosity bend the cones during a pretty generous slalom course borders on the painful. At the same time the dude working the wheel is a maniac who actually seems capable of wrestling the Cougar through the course in the best amount of time.

You’ll snicker and laugh as we did watching this car attempt to “perform” for the test driver. It is wrong on every level possible but perhaps like us you’ll see some potential there. Maybe a Coyote motor, a hotted up small block, or some other engine to take weight off the front, a better suspension and an interior that is less brothel and this car could actually be somebody.