How The Toyota Land Cruiser Remains To Be The Best SUV Ever Made : Automotive Addicts 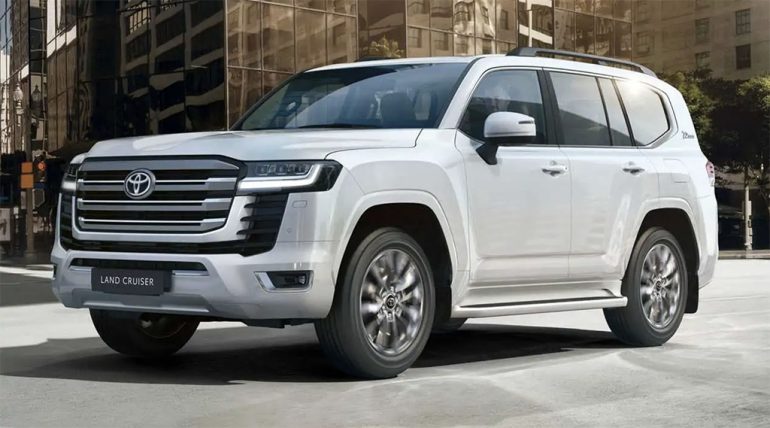 No matter where you go in the Middle East, there’s this one car that seems to be always there. Toyota is certainly one of the most ever-present brands worldwide that have been excelling in the SUV game for decades. But have you ever wondered what makes the Land Cruiser so special?

Being Toyota’s flagship model, the Toyota Land Cruiser is a highly sturdy and capable vehicle that shines on every front that the brand stands for. Not only it’s great for short and long-distance travel, but there’s no better car that can surf the vast stretches of sand and rough terrains in the Middle East.

In this post, we will talk about three reasons why the mighty Toyota Land Cruiser is so popular and loved by almost every auto enthusiast on the planet.

According to Toyota owners worldwide, especially Middle Eastern nationals, their favorite trait about the brand is their cars’ incomparable reliability, which means it requires very little service.

Also, it’s not hard to find a Toyota service centre in Sharjah or Dubai or any such major city in the Middles East. Now, even when it requires servicing, the car has been so popular for so many years here that many of the garages in Middle Eastern countries have been accustomed to dealing with it, making the process a lot easier.

When someone talks about car reliability, most people refer to their engines as it’s the most important unit that powers them. Land Cruisers models that belonged to the J100 and J200 series used to come with the 2UZ-FE engine, which was a 4.7L V8 unit. This engine proved to be so reliable that Toyota used it to power several other vehicles such as the Sequoia, Tundra, 4Runner and even the Lexus GX470, which belonged to their luxury line-up.

As time went by, cars got more powerful and torquey. This pushed Toyota to update its engines and introduce the newer 3UR-FE, a 5.7L V8 unit. This engine provided the Land Cruiser with the same level of reliability but with added torque, making it much more fun to drive.

For many years, driving on unpaved roads and deserts has been a part of the Middle East’s daily commute. To this day, desert camps or anna, called locally, are rented out by families for the entire winter season. Therefore, a car like the Land Cruiser with incredible off-road capabilities can come in handy.

Not to mention the desert joy rides that the locals and tourists enjoy alike. Be it sand, snow, muddy terrain or seawater. The Land Cruiser has consistently proven to tackle the toughest terrain that mother nature has ever thrown at it.

Ever since the Land Cruiser was introduced in the Middle East, owning a Land Cruiser has been customarily in every Middle Eastern household. It was a status symbol and an important part of the daily commute. Their popularity grew so much that the manufacturer made a special middle eastern version that better withstand heat and allows customisation.

As we mentioned earlier, the Toyota Land Cruiser is a popular vehicle found in pretty much any part of the world. Nonetheless, these are predominantly found in Middle Eastern countries.

However, after 60 years, Toyota decided to discontinue the Land Cruiser in certain parts of the world, such as in the U.S. Marketing, engineering and supply chain factors led Toyota executives to replace the entire model range. The replacements will be badged and sold according to the design standards of their luxury brand – Lexus.

Nonetheless, the latest sixth Gen Land Cruiser model is open for booking in a select few countries and has a waiting period of upto 4 years. Yes, that’s right. A lot can happen in four years, but that fact hasn’t stopped loyal Toyota customers from shedding huge amounts of cash on the all-new formidable Toyota Land Cruiser.