BangShift.com Our Final Gallery Of Photos From The Lucas Oil Pro Pulling League At GALOT 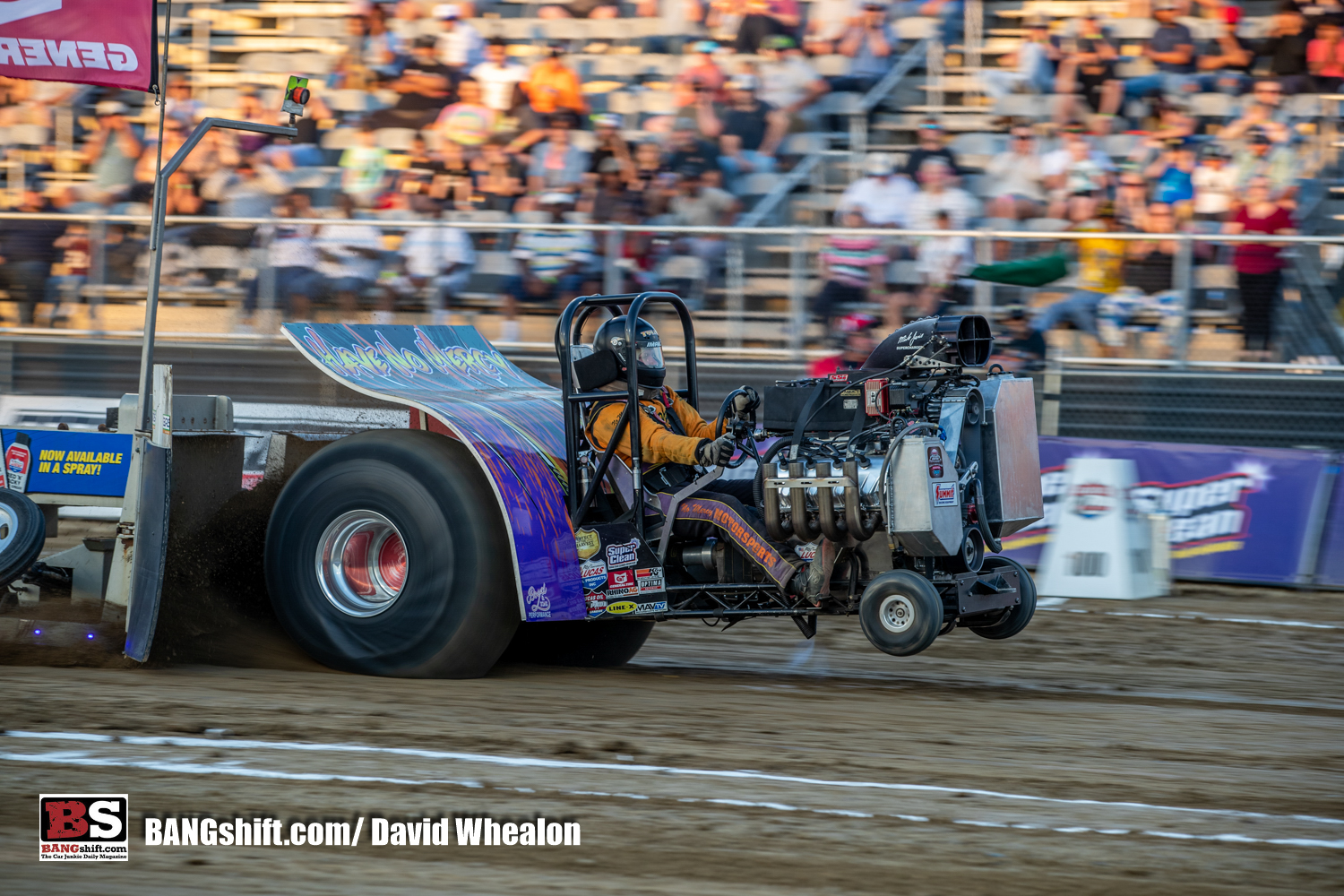 Here is the third and final gallery of photos from David Whealon’s recent visit to GALOT for the Lucas Oil Pro Pulling League. Check them out below, along with event results. If you missed our first two galleries then use the link below to check them out too!

(Words and photos by David Whealon) The Lucas Oil Pro Pulling League opened their 2022 pulling season with a trip to Benson, NC to the spectacular Galot Motorsports Park pulling track for the annual “Mule City 300” typically on the first weekend in June. The combined classes from the PPL Champions Tour and Silver Series brought nearly 100 All-Stars to compete on our Tarheel topsoil in six awesome classes of pullers from across the nation. On tap were the blown classes of the multi-engine Big River Steel Super Modified Tractors along with the mighty Summit Racing Mini Rod Tractors. A great showing of the mountain motor Pro Modified Four Wheel Drive Trucks was on hand as well to round out the field of ground-pounding muscle. The more traditional classes of the alcohol and diesel-burning Unlimited Super Stock Tractors, Super Farm Tractors, and Light Pro Stock Tractors completed the line-up to put on a fantastic show on the picture-perfect weekend for the legions of pulling fans in attendance. With the duel tracks running wide open, the two-night extravaganza went off without a hitch. As an added bonus MAVTV was on board streaming all the excitement live on MAVTVPlus.com for anyone that couldn’t be there to witness the outstanding action. Also, be sure to check out MAVTV on your TV listings coming up in July to see the replay of this incredible show in its entirety.

CLICK HERE IF YOU MISSED OUR PREVIOUS PULLING PICS

Better by a million miles