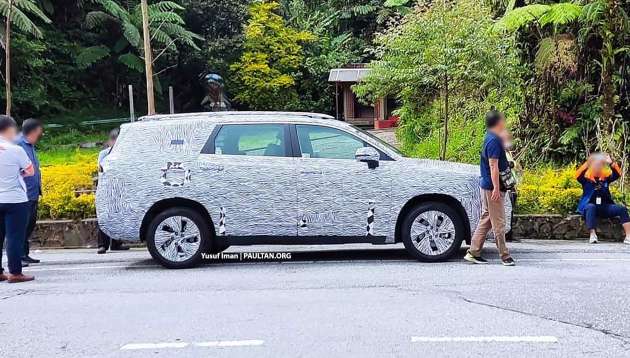 Proton’s upcoming seven-seat SUV, which is widely tipped to be called the X90, has been spotted undergoing testing in Malaysia once again. This time, the photos come from paultan.org readers Yusuf Iman and Shairol Azhar, and the vehicle seen is wearing a different camouflage pattern compared to previous sightings.

Once again, Proton brought its test vehicle on a run up Genting Highlands, although the X90 isn’t travelling alone. Tagging along is another three-row SUV, the Mazda CX-8, as well as the previous-generation Kia Carnival that offers four rows of seats, both likely being used by the carmaker for benchmarking purposes.

The X90 seen here is left-hand drive unit, so don’t expect a launch to take place anytime soon. In fact, you’ll have to wait until next year for the X90 to be launched, according to Proton deputy CEO Roslan Abdullah.

“It was supposed to be [this year], the original plan, if it wasn’t for the MCO [movement control order] last year,” Roslan said during the launch of the 2022 Saga. “It was supposed to be in Q3 this year, but then [the timeline] dragged on and on and now our friends in China [Geely] also got hit with a lockdown,” he added.

It’s already known that the X90 will be based on the Geely Haoyue (or the Okavango as it’s known in international markets), although we don’t have much in the way of local specifications for now. In China, the Haoyue is offered with the same 1.8 litre turbocharged four-cylinder petrol engine found in the X70. The mill serves up 181 PS and 300 Nm of torque, with drive going to the front wheels via a seven-speed dual-clutch transmission.

Meanwhile, over in the Philippines, the Okavango sports a 1.5 litre turbocharged three-cylinder with a 48-mild hybrid system for 190 PS and 300 Nm, also with a DCT driving the front wheels. There’s a possibility we could get the latter, seeing how Proton showcased a 1.5 litre TGDi three-cylinder mill with a 48-volt belt-integrated starter generator (BSG) at its Gallery of Inspiration previously. 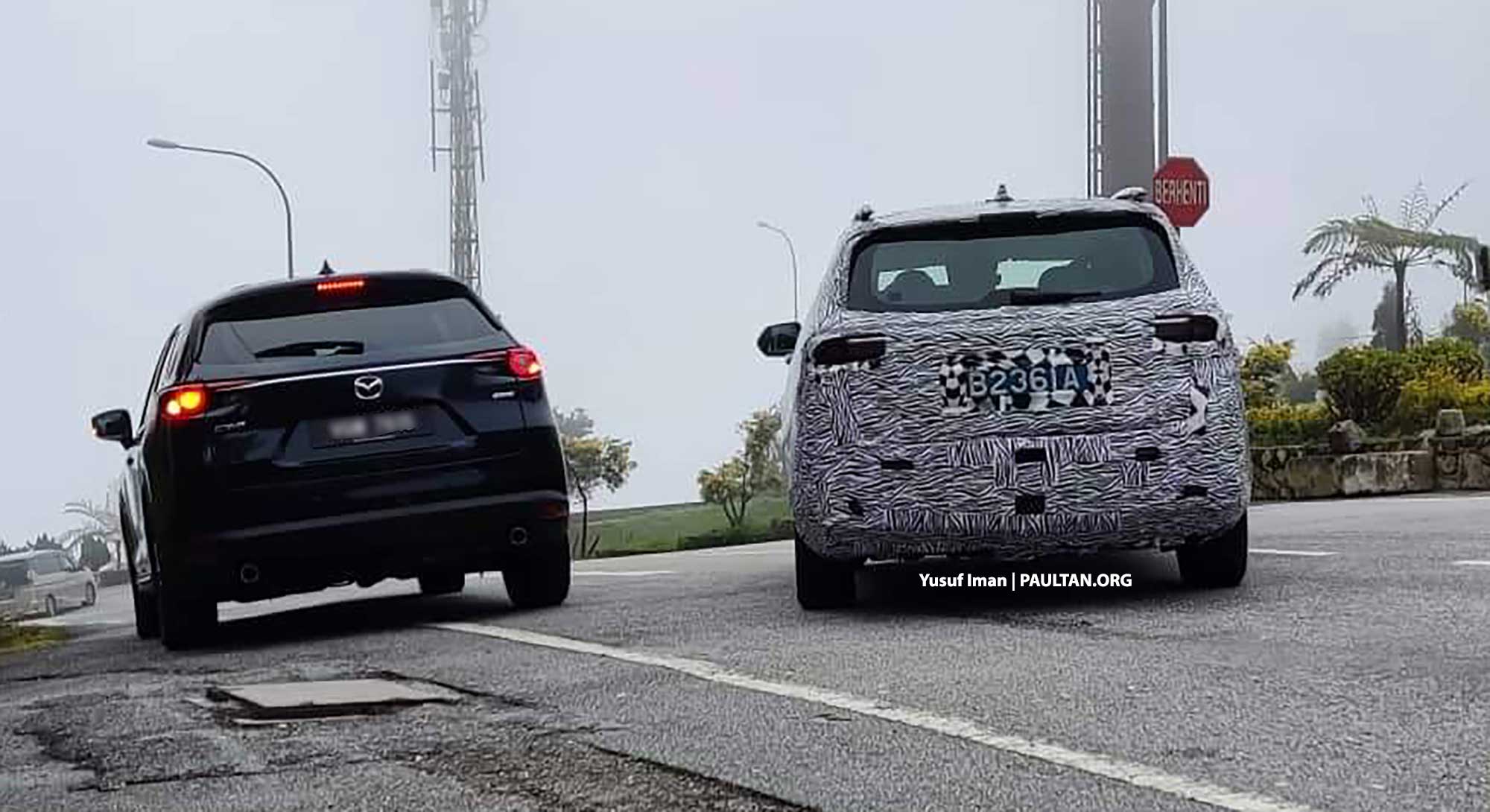 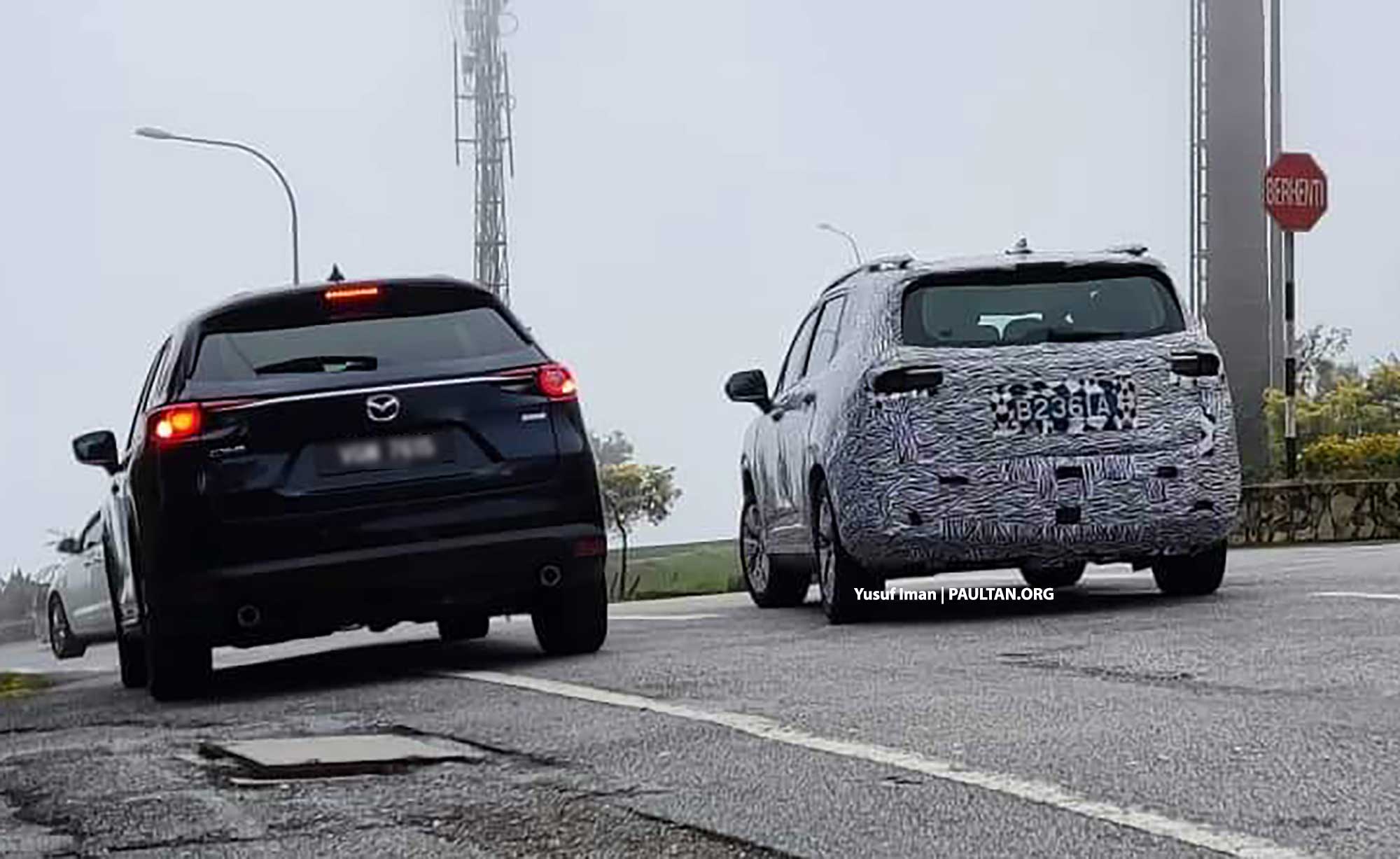 Proton could even forgo the mild hybrid system altogether and equip the X90 with the vanilla TGDi three-cylinder, which is now locally assembled for the X50 and the latest X70 MC – the unit outputs 177 PS and 255 Nm in both Proton SUVs.

For now, we’ll have to wait for more details leading up to an official launch. The carmaker is currently focused on resolving supply chain issues to get as many cars to its customers as possible in order to clear a backlog of orders, which will likely build up further with the imminent end of the sales and service tax (SST) exemption.

Where next for location data?