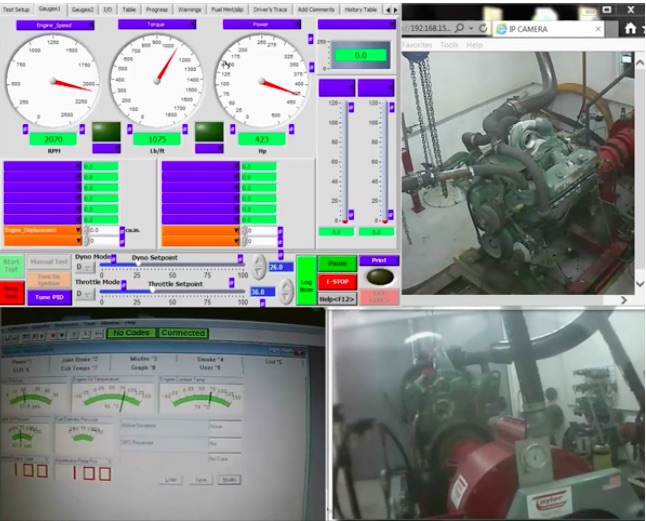 Here’s some cool dyno video for you, not because of insane power or any sort of destruction but because it shows a tried and true engine package, one that is military-spec doing work. You are looking at a pull for a military cpec Detroit Diesel 8V92TA engine. We’re guessing that this bad boy was rebuilt and was heading back into service, if not for the military but for the owner of the Oshkosh truck that it came out of. For those of you that have missed a decade of Detroit Diesel engine the mill is an 8 cylinder, V-style motor displacing 92ci per cylinder, is turbocharged, and after cooled. That’s what the full engine designation means.

What’s neat about this is that the engine runs at a constant state of 2100 RPM (where it was governed from new) and makes 440hp with more than double that in torque. The neat 1100 lbs/ft that it makes seems neat but also falls a little below where we would have expected it to be. These things carried a rating of 1300 at 1,300 RPM (weirdly) and perhaps if the pull was fully loaded at that point we would have seen those numbers.

The Detroit Diesel 2-stroke family will forever stand as one of the great internal combustion engine families of all time. Manufactured for more than 50 years, starting in the late 1920s they still serve dutifully today and have legions of followers the world over. Tough as nails, reliable, and capable of making stout power, they are awesome in all the ways that BangShifters love.