Apparently, this is a Bentley. That may not be obvious at first glance on account of the … everything, but this winged beast does have a Bentley logo on it. You see, Bentley is headed on back to Pikes Peak for a third (and final) time. The company’s first two visits saw the production SUV record achieved with the Bentayga W12 and the outright production car record taken with the Continental GT. This time, Bentley is targeting the “Time Attack 1” record, and the Continental GT3 Pikes Peak is its steed of choice.

Leading the car’s superlative features is what Bentley claims to be “the biggest rear wing ever fitted to a Bentley.” We heartily approve. The aerodynamic package is fully in vogue with other cars built specifically for Pikes Peak. Maximum downforce is generated with the huge wing, a gigantic diffuser, two-plane splitter and aggressive dive planes. It’s more track rat than elegant race car with the numerous scoops and venting throughout. The exhaust cutouts just aft of the front wheels complete the hooligan package. This Continental may have Bentley lights on it, but the similarities between it and the road car don’t go much further.

Details about the engine are limited, but Bentley says it’s a 4.0-liter turbocharged V8 racing engine, not a production V8 or W12. Modifications were made to make it more powerful for this Pikes Peak run, but Bentley also made adjustments for the fuel it will be running in the car.

Instead of running this Continental on race fuel. it’s going to be using biofuel-based gasoline. We’ve heard Porsche make waves about the potential of greener biofuels helping to drastically reduce emissions, and now Bentley is making some noise about the tech, too. In coordination with Porsche (all in the same VW Group house), Bentley is researching how it could use biofuels and “e-fuels” to potentially power both past and future Bentley cars. As of today, Bentley is saying that using these fuels could result in greenhouse gas emissions reductions of up to 85%. Put simply, that’s huge, if it can be made to work at a large scale. 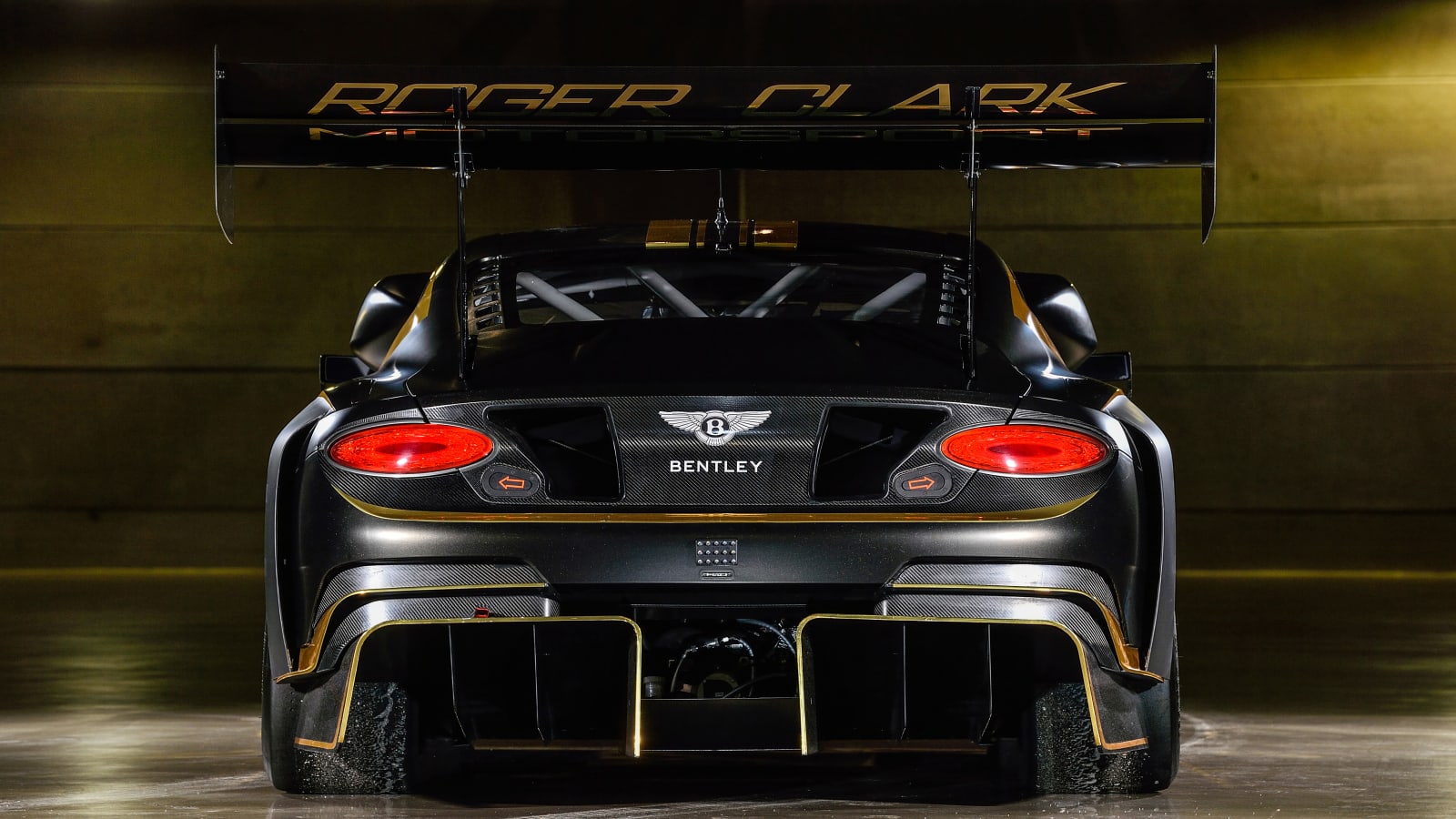 Bentley expressly states that this research into biofuels doesn’t affect its plan to become an electric-only automaker by 2030. Instead, Bentley sees it as a way to allow the brand’s past and current gasoline-powered vehicles to be driven far into the future — just over 80% of all Bentleys ever built are still on the road, according to Bentley’s internal tracking.

“We are delighted to be returning to Pikes Peak for a third time – now powered by renewable fuel, as the launch project for another new element of our Beyond100 program,” says Dr Matthias Rabe, a member of Bentley’s board for engineering. “Our powertrain engineers are already researching both biofuels and e-fuels for use by our customers alongside our electrification program – with intermediate steps of adopting renewable fuels at the factory in Crewe and for our company fleet. In the meantime, the Continental GT3 Pikes Peak will show that renewable fuels can allow motorsport to continue in a responsible way, and hopefully it will capture the third and final record in our triple crown.”

Bentley is partnered up with a British Continental GT3 customer team for this attempt: Fastr. While Fastr and Bentley are spearheading this attempt, specialists from M-Sport and K-PAX Racing are also helping to extract every last tenth from this Continental Pikes Peak car. You may recognize M-Sport, which is the company that handles Ford’s WRC rally cars. Rhys Millen (who drove both the Bentayga and Continental for Bentley) will be behind the wheel again. Millen will need to cross the finish line under the 9:36 mark to break the record for this class. Bentley promises more technical details about the car closer to the Pikes Peak Hill Climb in June as it progresses with testing.

A Perfect Companion for Mercedes-Benz Cars and SUVs