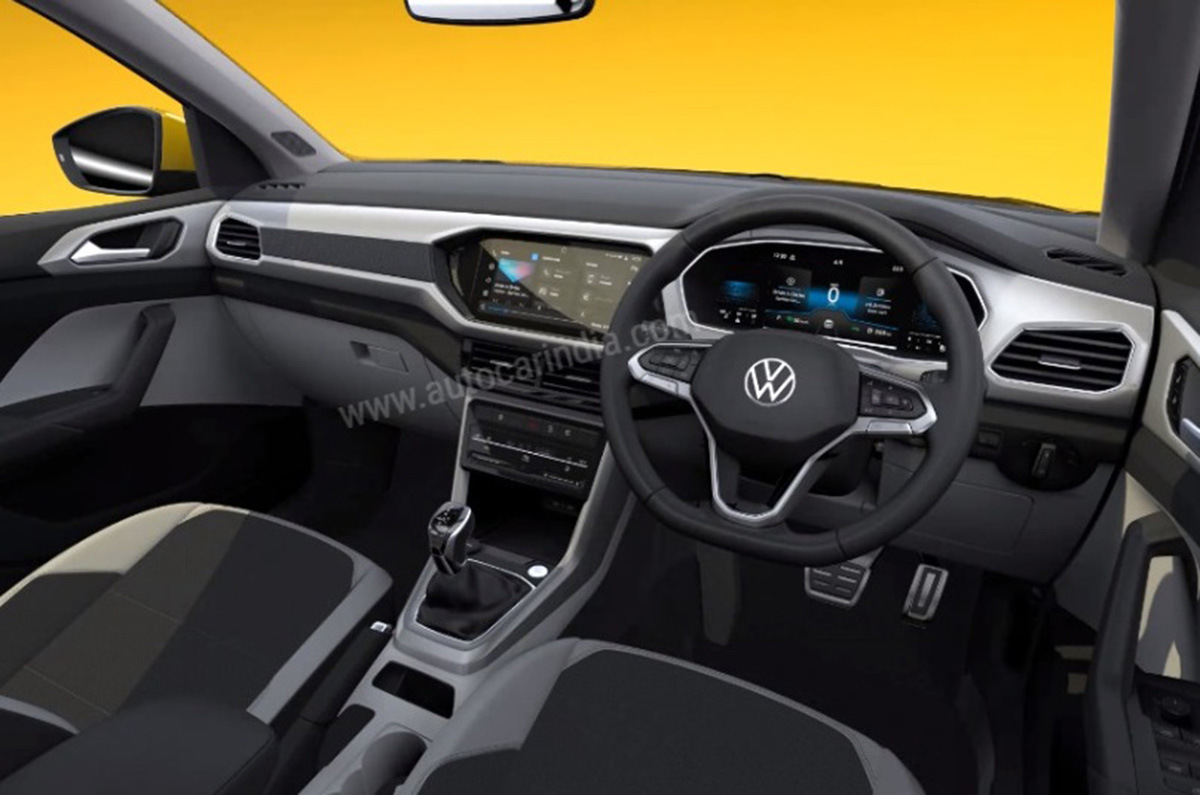 The Volkswagen Taigun has already been revealed in its production-spec guise last month, though the carmaker withheld the interior design. Now VW has released a render of the interior of the mid-size SUV.

In terms of design, the interior of the production-spec Taigun is almost identical to that seen on the Taigun concept. The dashboard sports a clean and minimalist design, with a 10-inch touchscreen infotainment system taking centre stage. The infotainment system will also come with Apple CarPlay, Android Auto and the My Volkswagen connect app (to access the connected car features). Another key feature in the interior is the digital instrument cluster (Virtual Cockpit), something its sibling the Skoda Kushaq misses out on.

Besides this, VW will offer equipment like automatic climate control, USB Type-C ports, wireless charging pad and much more. The German carmaker will offer the Taigun in a black and grey interior colour scheme as standard, though other colour combinations will also be available.

Powering the new SUV will be the choice to two turbo-petrol engines from VW’s TSI range. The first will be a 1.0-litre, three-cylinder TSI unit producing 115hp and 175Nm, while the second will be a larger 1.5-litre, four-cylinder unit with an output of 150hp and 250Nm. Both engines will be available with 6-speed manual gearbox options as standard. The 1.0 TSI will additionally get a 6-speed torque converter automatic gearbox option, while the 1.5 TSI will come with a 7-speed DCT automatic.

Seeing as the Volkswagen Taigun will be positioned in the mid-size SUV segment, it will face stiff competition from its cousin the Skoda Kushaq, as well as the Kia Seltos, Hyundai Creta, Nissan Kicks, Renault Duster and MG Hector.

Next-gen Volkswagen Polo could be launched in India