Freak Car Accidents Are Rare – But They Happen : Automotive Addicts 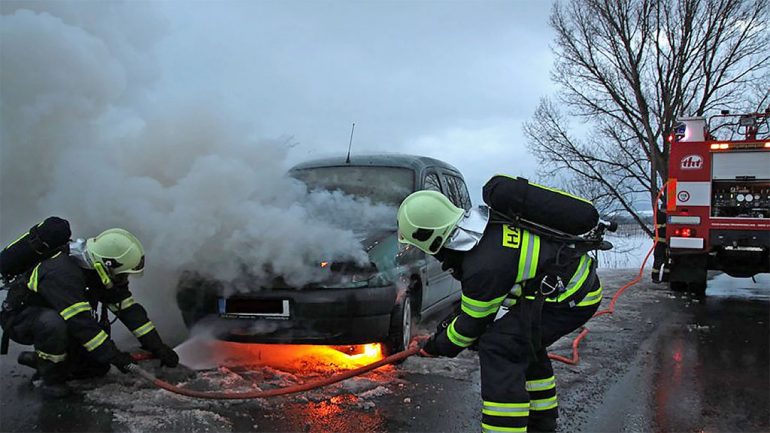 A total of 33,654 road accidents occurred in the United States in 2018, and many more followed in the succeeding years. Among these accidents were freak crashes that baffled those involved and had authorities and insurers working double time to determine who was responsible for the damages. Freak car accidents are rare, but when they do occur, they either go against the laws of physics or are described as stuff that nightmares are made of. While they are often shocking, motorists and witnesses alike are advised to call 911 immediately.

Those who witness freak accidents that caused injury, death, or property damage are advised by lawyers to report the incident right away, as well as provide a detailed account to law enforcement once they arrive at the scene. Witnesses are very important, as their first-hand account can be the basis of a decision, either on the side of an insurer or the side of the law. Although freak accidents can cause shock to eyewitnesses, they are encouraged to remember every detail that they saw and never change their statements, no matter what other witnesses say. In the case of freak accidents that involve two vehicles or more, it is important to be true to one’s observations.

A Tree Falling On A Car

Old trees with a diameter of 60 centimeters can weigh as much as 20,000 pounds, giving them the capability to crush a vehicle and possibly render it useless. When a tree falls on a car, the accident is classified as Force Majeure, which means that whoever owns the tree is not responsible for the damages. According to experienced tree removal experts, the only recourse in this scenario is for the car owner to talk to his or her insurer. As per the established protocols for such incidents, insurance firms usually send their representatives to check the extent of the damage and take steps to either repair or replace the car. In the event that a tree on public property falls on a vehicle, experts advise car owners to call 911 and then make another call to their auto insurance.

Manufacturers do safety tests on vehicles to ensure that the driver and his or her passengers have a form of protection during an accident on the road. However, freak accidents such as a car sandwich are expected to circumvent any safety measure. This happened on Pennsylvania’s interstate 83 almost a decade ago, when a car was sandwiched between two trucks. The report from WHP-CBS says that the driver Alan Pyrcz is lucky to be alive. The truck behind Pyrcz was responsible for the freak accident, according to the authorities at the time. Another freak accident that happened to an American was due to a scarf that got caught in the steering wheel. The impact reportedly killed the driver after she was thrown out of the car and into the pavement. There have also been cases of garage roofing falling on a parking car, leaving the driver dead.

Freak accidents are disconcerting. However, those involved or those who witness it are advised to keep calm and call concerned authorities immediately to ensure that the incident is processed the right way.

BMW, VW global sales dropped in 2020 due to virus