Against all odds and sales sense, the 2021 Volvo V90 is still kicking and available to order in the United States. Not only that, but Volvo gave it a mini mid-cycle update this year, altering the styling and adding more tech. It’s still disappointing that Volvo doesn’t keep any V90s in stock at dealers, but it looks like the best way to sell a wagon in this country is to make it order-only like the Mercedes-AMG E 63 S or Audi RS6 Avant.

Well, that, or lift it and apply body cladding as in the case of the V90’s Cross Country sibling. Dealers do carry those. However, you’ll be glad that you took the time to special order the non-lifted, uncladded V90. It’s a design masterpiece; a full-size family vehicle that forces you to look back at it every time you walk away. Volvo hasn’t struck out with a single design over the past few years, and this V90 is surely the brand’s crowning achievement. Proportions, stance, lighting and wheels; all of it is pleasing to the eye. The hugely useful cargo area and big back seat just raise the bar even higher. That a vehicle can be as practical as this one is, handle like a car and still look this good just makes it even more appealing.

This Volvo goes from point A to point B like a member of the Swedish royal family sweeping across a crowded ballroom centuries ago. Poised and elegant, the V90 silently wafts down the road riding on a pillowy air suspension. There’s no rush. Curious eyes turn to catch a glimpse of something they rarely see. Yet the V90 never demands anybody take notice with extravagant creases or a gaudy grille. It just exists in this glamorous state of purist wagon nirvana.

Simplicity tends to breed the most appealing car designs, but labeling the V90 as simplistic would be a misnomer. This Inscription trim V90 is adorned with just the right amount of shiny chrome, highlighting the sharp styling and drawing the eye downward. Volvo’s updates serve to smooth out the front and rear fascias even further, going so far as to delete the rear exhaust outlet in the bumper in favor of an invisible under-car exit. It suits the wagon’s attitude and also serves to prepare our eyes for an electric future. A new and much more intricate rear LED taillight design animates a friendly “hello” from bottom-to-top at the press of the unlock button, or top-to-bottom for “goodbye.” The new 20-inch wheel design completes the picture with a striking bright and dark two-tone finish.

As in every other Volvo, the Swedish design aesthetic continues to the leather-swathed and wood-trimmed interior. The V90 isn’t special versus other Volvos here except for its available space. A 6-foot-tall person could sit comfortably behind themselves. Volvo’s built-in booster seats for the rear make it family-friendly, and the rear even has its own set of climate controls to give the kids their own temperature zone. There is sadly no rear-facing third row, but cargo space is voluminous at 25.5 cubic feet behind the second row. Drop the rear seatbacks, and that expands to a massive 53.9 cubes. It’s even entertaining to open and close the rear hatch, as a shade whirs forward and back electronically to cover or uncover your items in the cargo hold.

The new tech inside the 2021 V90 consists of a wireless phone charger, a new and improved air-filtration system (it lets you monitor air cleanliness through the infotainment system), an even more banging optional Bowers & Wilkins audio system and USB-C outlets to replace some USB-A outlets. Unfortunately, the wireless phone charger is a bit of a joke, because Volvo didn’t redesign the center console to fit it properly. Instead, Volvo has squeezed in a rubberized mat that is far too small for many of today’s larger phones, and it allows them to fly onto the floor when you hit the throttle or brake too hard. It’s generally useless and we’d probably prefer to just plug our phones in the old-fashioned way and take advantage of the small bin the wireless charger eliminates.

Of course, this wagon doesn’t exactly goad you into driving in a way that’ll make your phone go flying. The T6 model has the 2.0-liter twin-charged four-cylinder engine that makes 316 horsepower and 295 pound-feet of torque. With it, this heavy full-size wagon spiritedly trots from 0 to 60 mph in 5.8 seconds. However, it looks quicker on paper than it feels from the driver seat. A muted whooshing of air and combustion noise sneaks into the cabin, but the four-cylinder does nothing to audibly excite. The six-cylinder Audi A6 Allroad and Mercedes-Benz E-Class All-Terrain are both quicker and sound better.

Handling is lightyears better than an XC90 or even an XC60, but the V90’s large size still can’t be disguised. You can feel the extended rear end acting a little uncertain in long sweepers, unsure of whether it wants to follow the front in perfect balance. There’s still plenty of body roll with the $1,200 air suspension stiffened up, but the low center of gravity and agility of this big wagon is commendable. It bestows a level of confidence to take corners quicker than Volvo’s similarly-sized crossovers, a key element that makes the V90 that much more appealing. 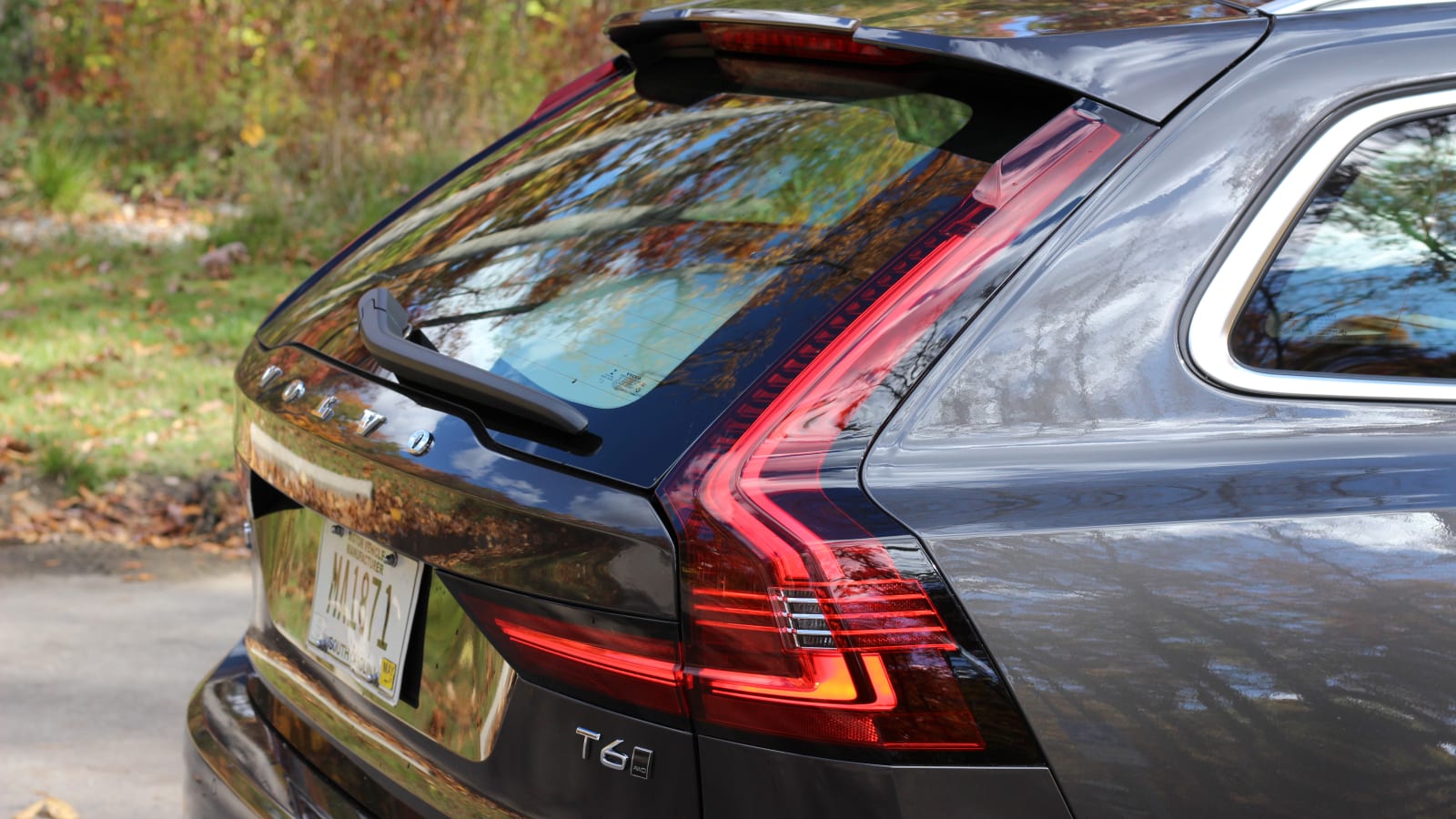 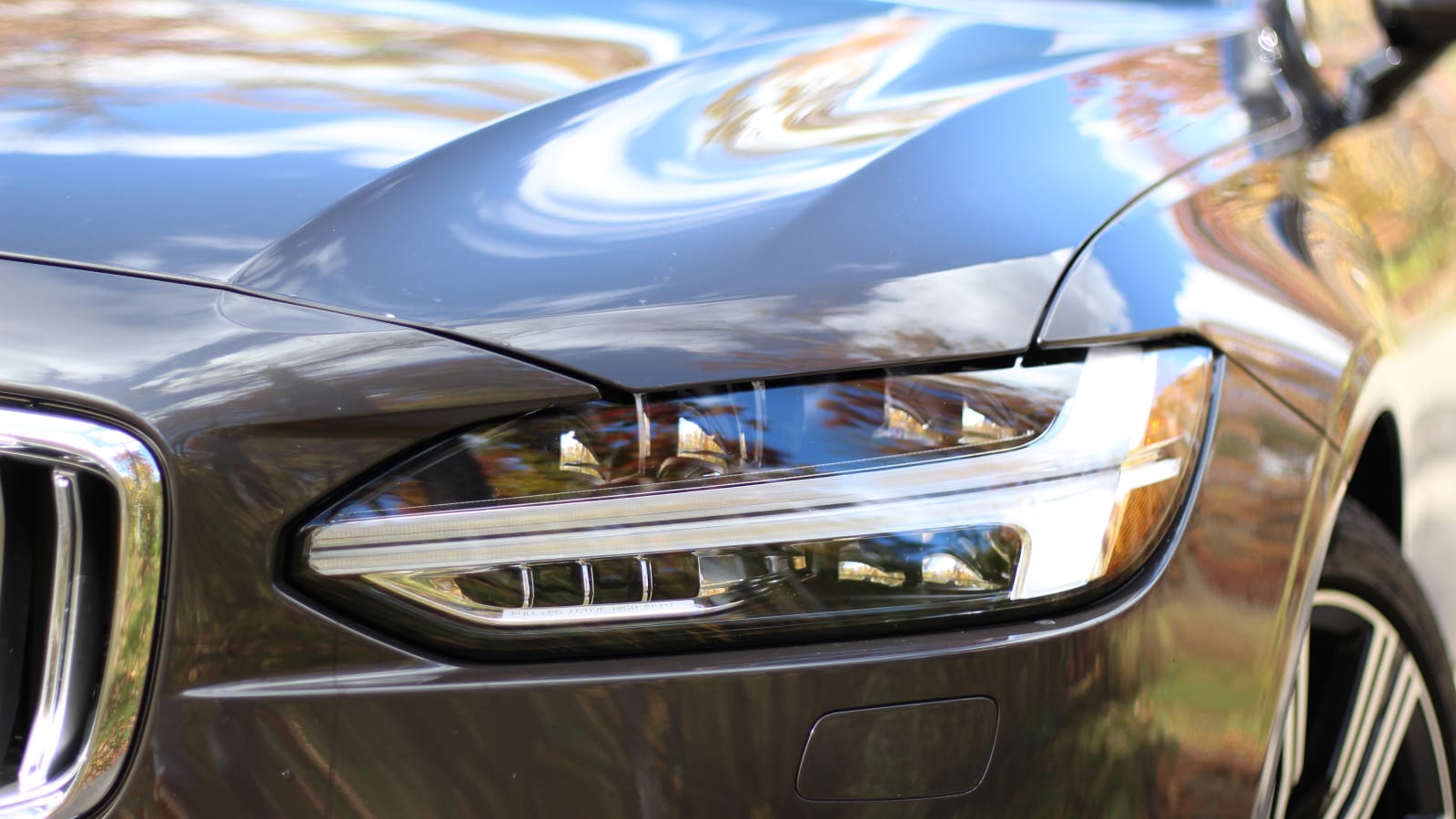 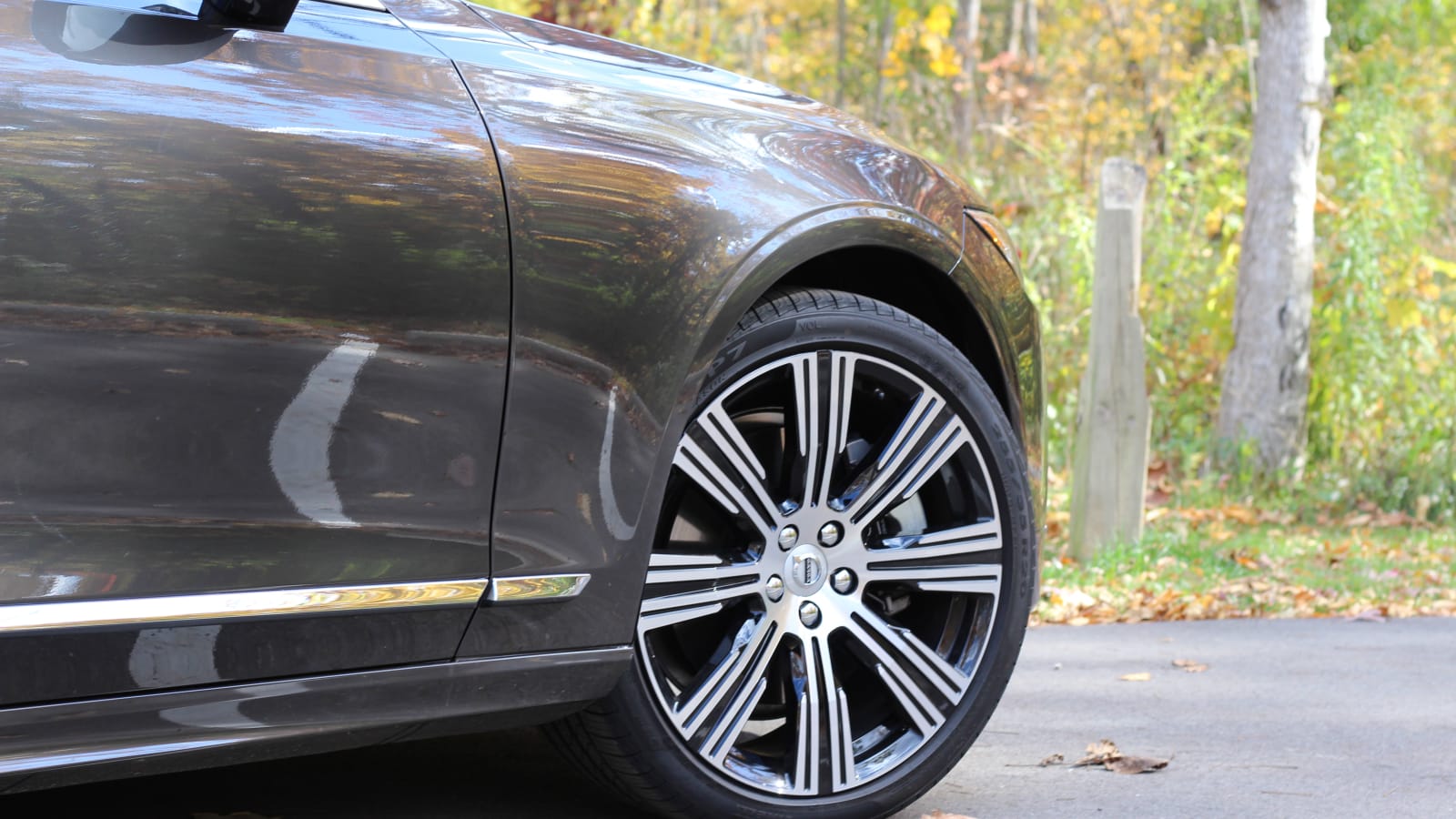 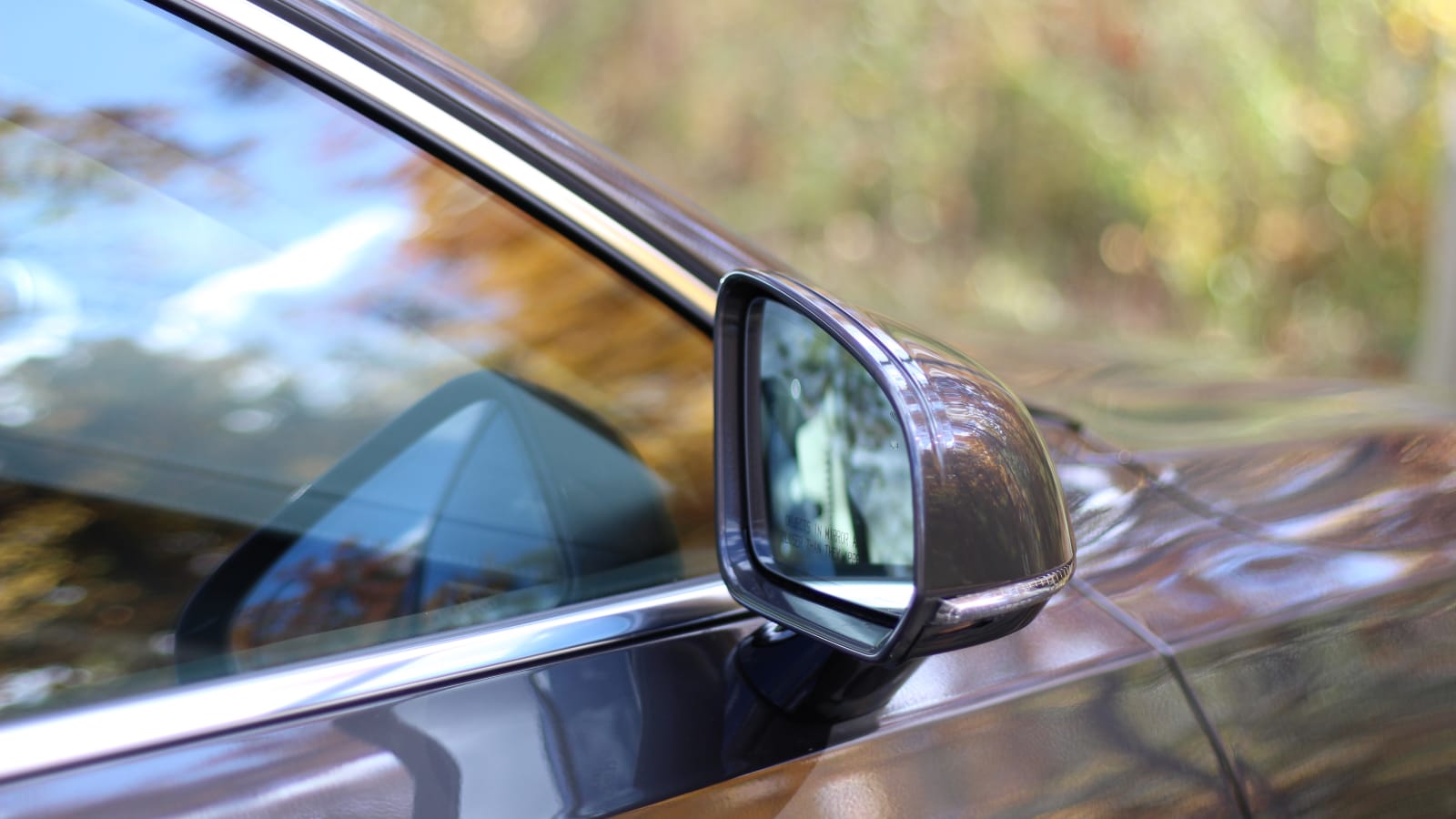 Even if the V90 can put a small smile on an enthusiast’s face through corners, this wagon is in its element when its soaking up highway miles in silence with the massaging seats on and Volvo’s capable Pilot Assist driver-assistance system guiding the way. It’s comfortable and easy to drive in every sense of those words.

Plus, I can’t help but be nostalgic about Volvo and its station wagon history while sitting behind the wheel of the Swedes’ latest creation. Seeing an old Volvo 245, 700 Series or 900 Series wagon in pristine condition rolling down the highway always causes my face to light up. People care about these cars, and the V90’s boxy proportions bring about flashbacks of the grand longroofs from decades past.

While there will certainly be fewer V90s sold than the Volvo wagons of yesteryear, the select few who pony up the $58,795 for a T6 Inscription will know they found something special. The V90 is also distinct from the other non-performance wagons. Audi slaps plastic cladding to the A6 Allroad, and Mercedes has dropped the standard E 450 Wagon for the E 450 All-Terrain with similar black cladding (and neither appreciably increases ground clearance as the V90 Cross Country does). Jaguar has killed the XF Sportbrake, and the Buick Regal TourX is long gone. That leaves the V90 and the V60 as the last standing luxury wagons that are not of the lifted/ruggedized or high-performance variety.

Volvo’s commitment to this body style in the face of such miniscule sales volumes (500 V90s found homes last year) is a glimmer of longroof happiness we can all get behind. And with the V90 competition disappearing or turning into V90 Cross Country competitors, this wagon just got all the more desirable.

2021 Kia Telluride Cargo Area Driveway Test | How much fits in the back?