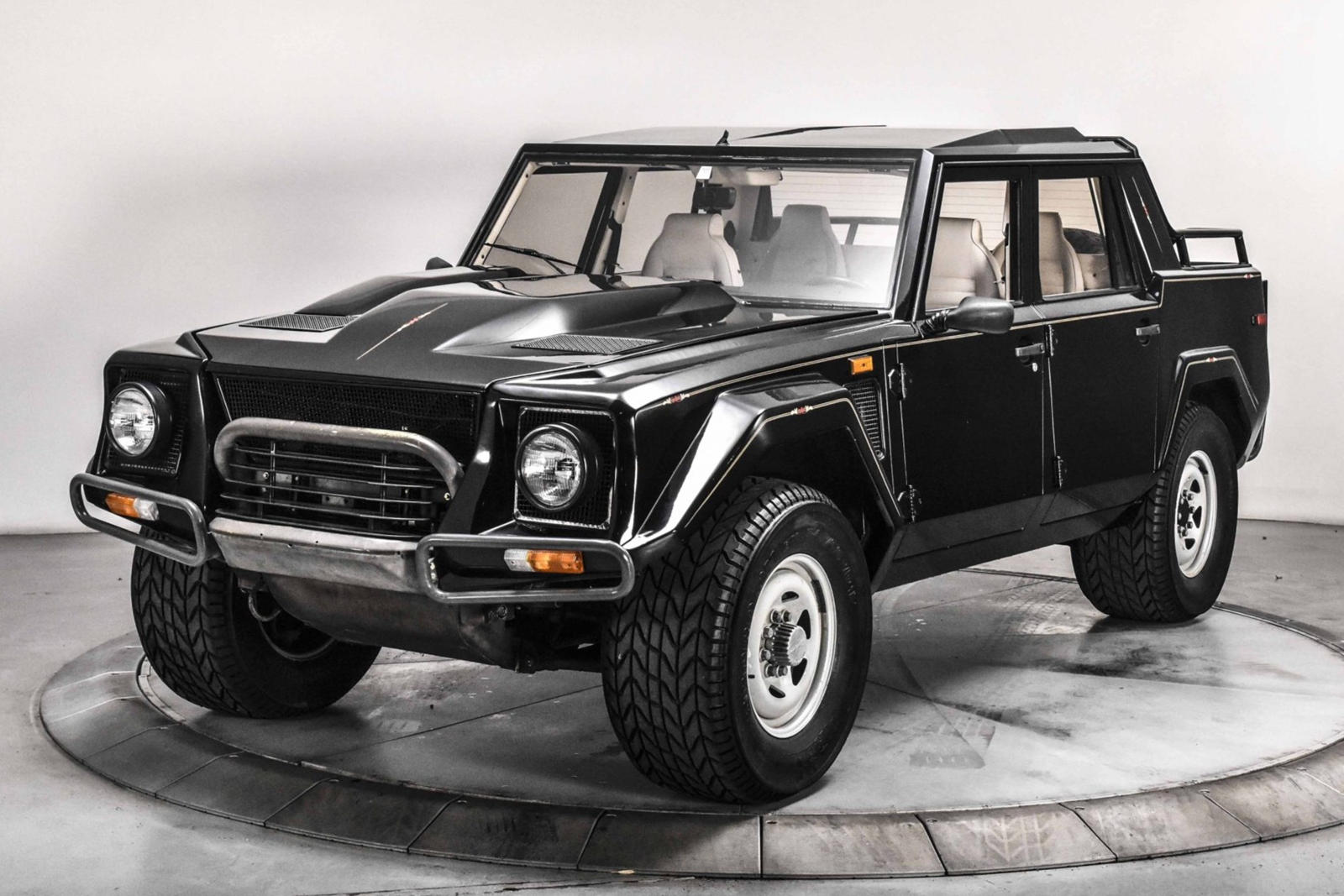 Originally imported from Japan to Hawaii by an Audi and VW dealership on the island of Oahu, its first owner later had it shipped to Washington State where it remained for 27 years. With its black exterior and off-white leather interior, power comes from the 5.2-liter quad-cam V12 shared with the Countach and is rated at over 400 horsepower.

Unlike the Countach’s rear-mid engine setup, the LM002’s V12 is front-mounted. A ZF five-speed manual was the sole transmission available, and it also features a dogleg shift pattern. A lever located between the driver’s seat and center console, meanwhile, controls the transfer case. Because the LM002 ditched its military cred, Lamborghini equipped the SUVs with plenty of luxury features for the time, including a premium stereo mounted in a roof console and tinted power windows.