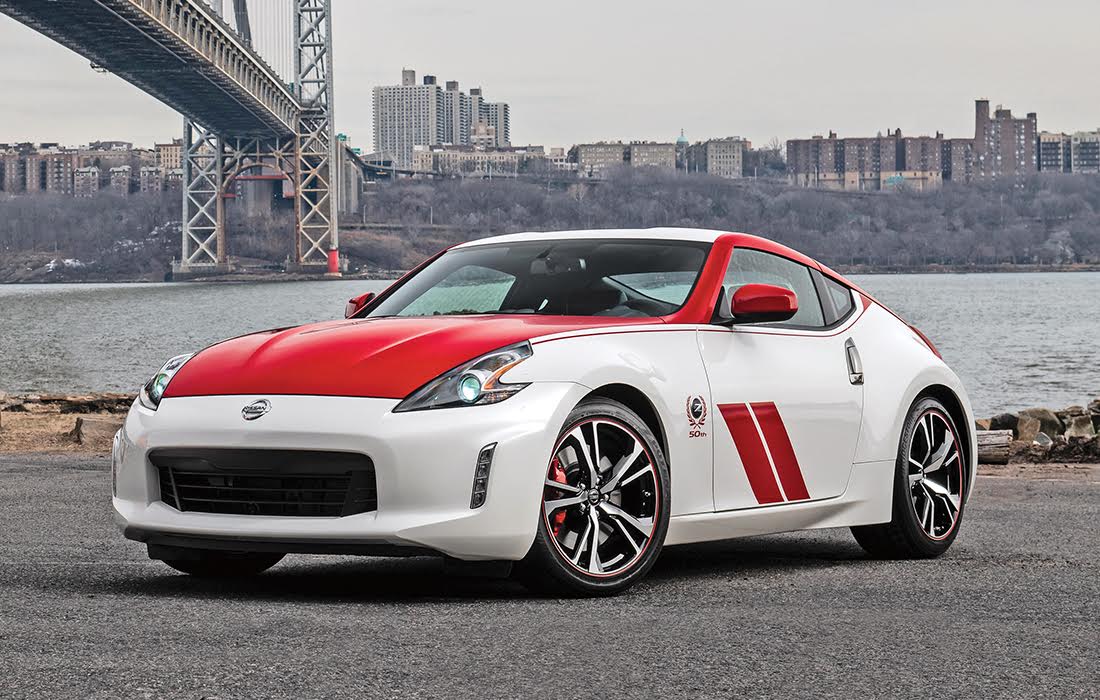 Note: The following story was excerpted from the December 2019 issue of Collectible Automobile magazine.

Arguably the most famous Mustang of all is the dark-green 1968 Mustang GT fastback that Steve McQueen’s character Lieutenant Frank Bullitt drove in the 1968 motion picture Bullitt. Ford celebrated that iconic car with special-edition Bullitt Mustangs in 2001 and again in 2008-09. For 2019, Ford has released a third Bullitt Mustang, and like the others, it’s our choice for a future collectible.

Nissan’s 370Z traces its heritage back to the Fairlady Z, the car that made its American debut as the 1970 Datsun 240Z at the 1969 New York Auto Show. To celebrate a half century of the Z-car, Nissan prepared a 50th-anniversary package for the 2020 370Z Sport hatchback coupe and introduced it at the 2019 New York International Auto Show.

The 50th Anniversary Edition 370Z is offered in a pair of two-tone paint combinations. One couples Pearl White TriCoat with Solid Red, while the other pairs silvery Gun Metallic with Magnetic Black Pearl. On white cars, red is used on the hood, hatch, and around the side windows. Silver cars have the same areas and the roof panel in black. Each combination includes paired door stripes that match the respective darker colors. Nissan said the anniversary model’s appearance was inspired by the paint schemes Brock Racing Enterprises used on the well-remembered BRE Datsun racecars of the Sixties and Seventies.

Other special exterior appearance features run to red-accented 19-inch wheels, color-keyed door mirrors, “50th Anniversary” decals around the front side-marker lights, and an anniversary badge on the rear of the car. Though based on the 370Z Sport hatchback, the 50th Anniversary Edition does not come with that model’s standard front and rear spoilers.

The car’s interior is also treated to a bevy of appearance changes. The sport seats are upholstered in a combination of black leather and synthetic suede, with dramatic red accents including a “Z” graphic in the seatback inserts. The black Alcantara-covered steering wheel posts a red stripe at 12 o’clock, and the door panels flash some synthetic suede too. Then, too, there is red piping and stitch detailing around the interior. Anniversary-edition logos are sprinkled on the center console, tachometer face, and sill plates.

Mechanically, the golden-anniversary job is largely the same as the 370Z Sport model on which it is based. Under the hood there’s a dohc 3.7-liter V-6 engine rated at 332 horsepwer and 270 pound-feet of torque.

A six-speed manual transmission is standard. It includes the “synchronized downshift rev matching system” usually found on the Sport Touring model. Per Nissan, this system operates by “essentially ‘blipping’ the throttle to smooth out any up/down shift.” A seven-speed automatic is optional for those who are not that into blipping.

The 370Z rolls on a double-wishbone front suspension and a multi-link independent rear suspension. The 167.5-inch-long two-seater has a 100.4-inch wheelbase.

As of early August, our colleagues at Consumer Guide® hadn’t yet reviewed their 50th Anniversary Edition test car. But in their report on the 2019 model, they liked the “incredibly agile handling” and “invigorating acceleration.” Low points were sports-car typical and included a cramped interior, challenging entry and exit, and a stiff ride.

Pricing for Nissan’s anniversary present starts at $36,420 with the six-speed stickshift, which reflects a $2600 premium over the Sport model. Choosing the automatic raises the starting tab to $37,670.

The Nissan 370Z hasn’t changed dramatically since its American debut as a 2009 model. This 50th Anniversary Edition is basically an elaborate appearance package, but the two-tone paint schemes set it apart from other Zs.