Why Do Nitrous Pro Mods Make Header Flames? Why Do They Blow Up? Let Rickie Smith And Shannon Jenkins Tell You! 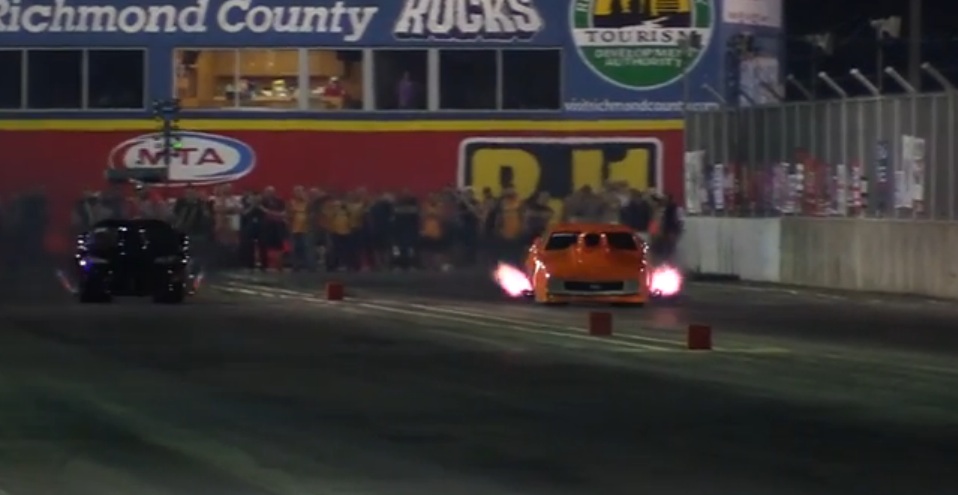 Nitrous is awesome in every application but when used on 900ci engines for drag racing it is otherworldly.  It is a fascinating way to make power and very, very popular. The cars have some great elements like the sound, the header flames, and one not so great element is the fact that they occasionally grenade in spectacular fashion. Why? Read on.

This is the neatest nitrous pro mod video we have seen in some time. It is great because Les Mayhew made it and his style is to let the cars and the experts do the talking but it is also great for what you’ll learn by watching. Lots of us are “students of the game” when it comes to drag racing and that means when people like Shannon Jenkins and Rickie Smith allow themselves to be interviewed and answer great questions it is must see stuff. In this film we learn about the hows and whys of the modern nitrous car and why they do stuff like throw header flames and occasionally explode at different points on the track.

You will also learn why nitrous cars with zoomie headers don’t make the flames that a bullhorn style machine does. Going into even more depth, Jenkins and Smith actually talk about what the different colors of flame mean about things that are happening inside the engine. Jenkins is one of the most decorated nitrous pro mod racers and Rickie Smith is a hall of fame legend who is still kicking ass with nitrous long after people wrote it off for dead in high level competition. The dude is unstoppable!

Two hall of fame drag racers dropping an amazing amount of knowledge on the subject of the hows and whys of nitrous pro mods. What is better than this?!

PRESS PLAY BELOW TO LEARN ABOUT NITROUS PROM MODS FROM LEGENDS

2021 Bronco Sport vs the Bronco. What’s the Difference? : Automotive Addicts