2021 Bronco Sport vs the Bronco. What’s the Difference? : Automotive Addicts 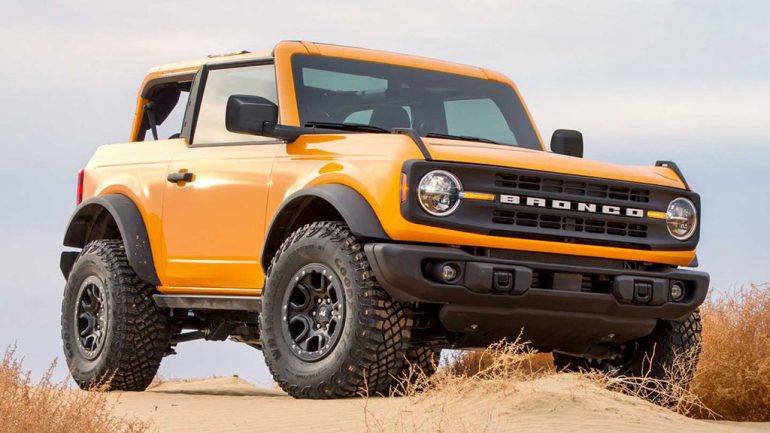 Ford’s new Bronco won’t be here until the middle of next year, but there’s plenty of talk about this off-roader. With it’s similar name, the 2021 Bronco Sport is bound to confuse some shoppers. There are some differences, but the Bronco Sport really does have off-roading capability. This car review looks at the way these new SUV siblings are similar and different.

The surprising thing is that Ford has put a 4×4 system on the Bronco Sport, making it even with the Bronco in terms of out-of-the-gate capability.  The Bronco Sport has GOAT, which is Ford’s name for advanced terrain management. The acronym means Go Over Any Terrain. 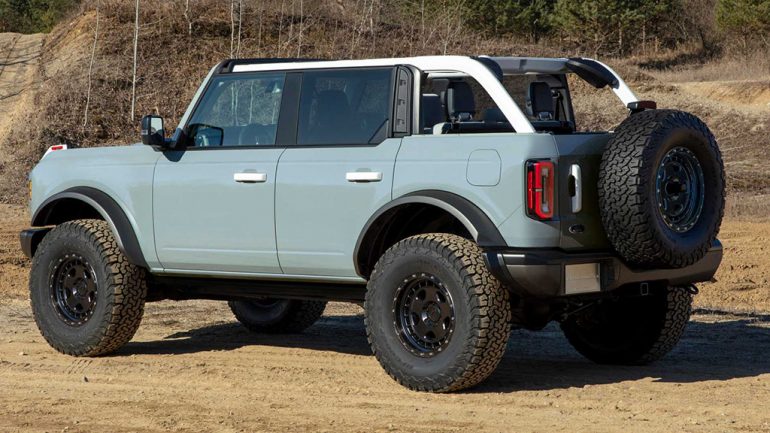 Of course, the Bronco has a more powerful 4×4 set-up and more GOAT settings, but it is impressive that the Bronco Sport has this level of standard capability.  Shoppers looking at Arizona used cars won’t find anything like it. This system was created for the Bronco siblings, but its success will probably see GOAT show up on other Ford rides as well.

A unibody crossover, the Bronco Sport is not as tough as the Bronco. It does have a unique underbody and suspension setup. This helps it claim wider wheel travel. If the Bronco Sport parks by similarly sized vehicles, it’s likely to sit much higher. In fact, it can claim as much as 8.8 inches of ground clearance.  Ford seems to be aiming the Bronco Sport squarely at the Jeep Renegade, a vehicle that has been claiming the top spot for its size in off-roading.

Despite it’s spaciousness, the Bronco is built trim and high. It has a 270-horsepower engine, which puts it ten horses behind the standard Wrangler. However, that engine delivers 310 pound-feet of torque.  You can also go for a twin-turbo V6 that spits out 310 horses and 400 pound-feet.  This is just one way that the Bronco leaves everything else, including its sibling, behind.  The Bronco Sport does not have nearly as much power unless you spring for an available upgrade.

The Bronco body is built for off-roading with the necessary Dana 44 solid axle at the rear. There’s also exciting crawler gear, underbody plates, and big 35-inch wheels, if the shopper wants them. Ford’s Trail Turn Assist gives it the unique ability to brake the rear wheels independently.  A seven-speed manual transmission and 10-speed automatic are a sharp contrast with the more modest 7-speed automatic on the Bronco Sport. 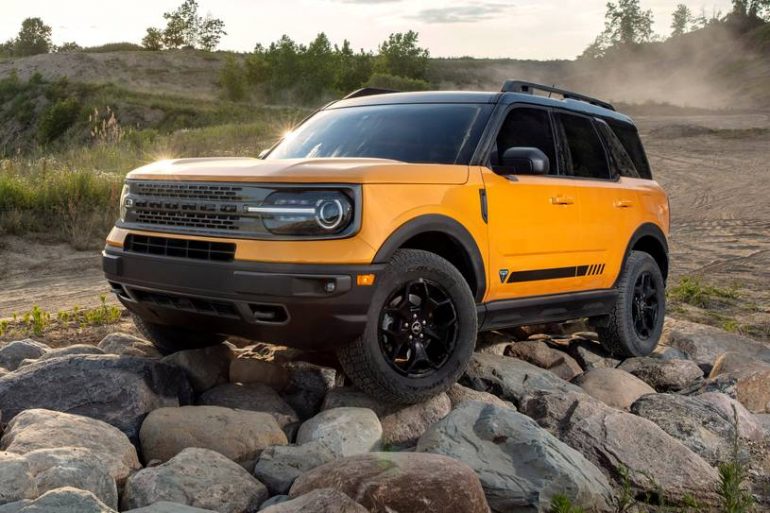 As for curbside appeal, the Bronco Sport has a safari-style roof that makes it look really fun. A shopper can even get the roof in black at higher trim levels.The regular Bronco goes much further. Its removable roof and doors help it compete with the Jeep Wrangler. Until now, no other vehicle could claim to be such an open air ride. Ford certainly goes after the competition here.

It is safe to say that the Bronco Sport will earn its own admirers.  Less pricey, it still offers some off-roading fun to an adventure-minded owner.  The daily commuter is more likely to be interested in this ride at any Arizona Ford dealer. 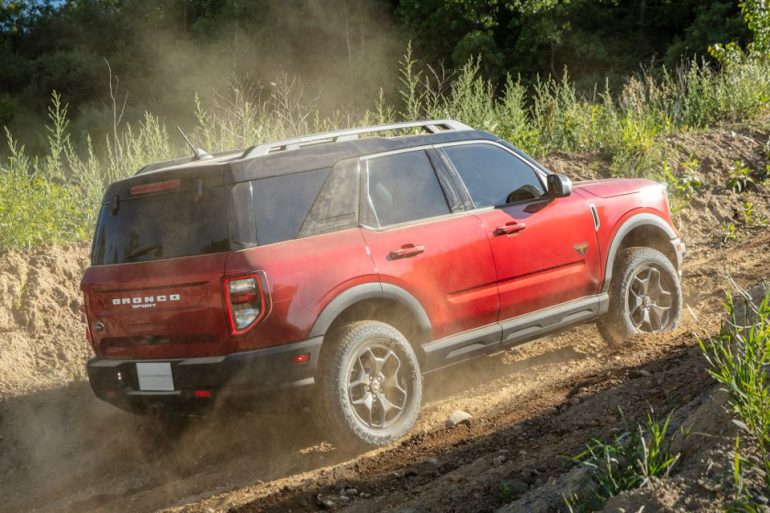 With its off-roading capability and open air style, the Bronco is definitely expected to make a dent in the Wrangler’s market. The two-door will appeal to singles and couples, and it may compete with the Bronco Sport. Four-door Broncos will probably take a slice of the family market as well as attracting the adventure seekers, as the Wrangler Unlimited does now. The Bronco pricing edges up until the shopper may opt to shop Arizona luxury cars instead.

In conclusion, these are two different models in so many ways. What’s remarkable is that the Bronco Sport isn’t likely to disappoint someone who wants an off-roader. It’s got capability that is hard to find in similarly priced rivals.  Still, the Bronco is an open air brute that may change the Wrangler market forever.