The compact Ford Maverick pickup’s identity has been further confirmed by a set of spy photos released Friday depicting uncovered portions of its tailgate. Thanks to a handy access flap that was left open in plain sight, our spies were able to snap several photos that show individual letters on the baby pickup’s tailgate, and those letters pretty clearly spell out “Maverick.” 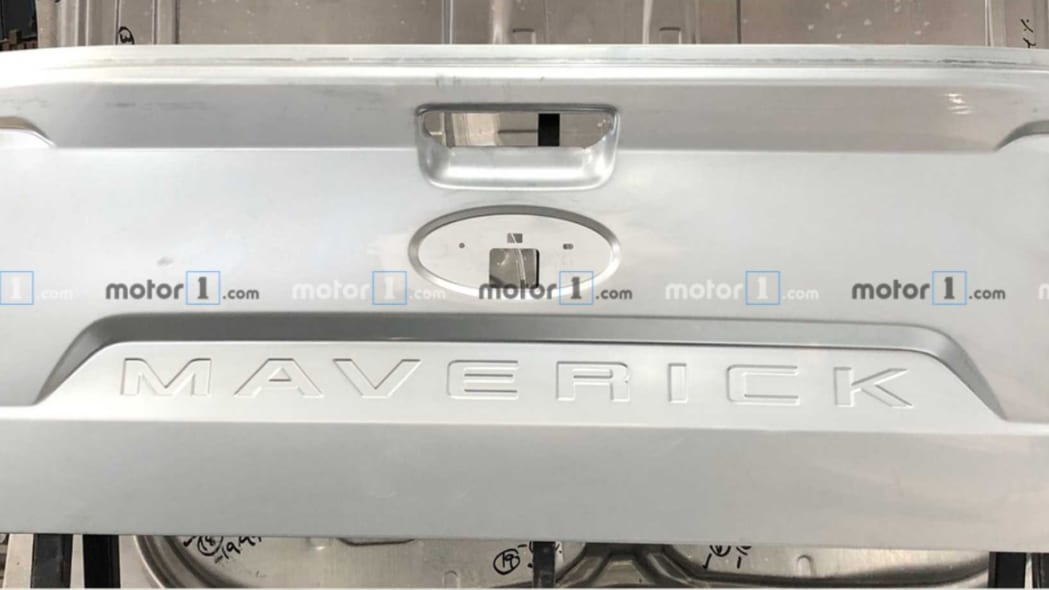 The tight spacing of the individual letters proved helpful to our spy photographer, who was able to capture parts of several of them despite the narrow angle afforded by the open flap in the prototype’s rear camouflage covering.

Piecing the Maverick together has been a bit of a process. The first prototypes managed to fly somewhat under the radar thanks to Ford’s clever disguise. The loose camouflage coverings on early roadgoing engineering samples gave it a vaguely crossover-like silhouette, but a few telltale elements gave away its true identity.

Determined spies then managed to get a few photos of the prototype from the front, which gave a clear view of its sliding rear window — a dead giveaway. The new small pickup will ride on the same C2 platform as the Ford Escape and Bronco Sport, and will be built in Mexico.

Engine choice is thought to be limited to the same 1.5-liter three-cylinder and 2.0-liter EcoBoost four-cylinder as the platform siblings, driving the front wheels through an eight-speed automatic transmission. We expect all-wheel drive will be available on all but perhaps the most basic Mavericks, but we have not yet seen a prototype with any drivetrain components visible under the bed.